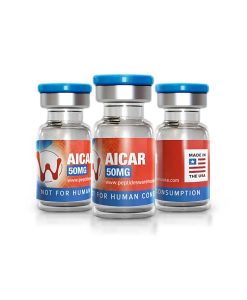 Recent news has suggested that researchers are in the process of developing a miracle pill, which provides all the benefits of exercise in one tablet! AICAR capsules or tablets might be a miracle soon and be able to turn couch potatoes into elite athletes. Sounds too good to be true, doesn’t it? Why not read on…

Scientists at the Salk Institute in La Jolla, California may have invented a miracle pill; containing the drug AICAR (aminoimidazole-carboxamide-ribonucleoside). The researchers have discovered that it works on humans as well as in experimental mice. It transforms inactive mice into athletes – without the animals having to train for it.

The physicians have been working on a 4-year-old research project, where they created genetically engineered mice with extreme endurance. In these so-called – marathon mice – the gene PPAR delta plays an essential role. The researchers then asked themselves whether medications could intervene in the PPAR delta-controlled metabolic cycles in order to give normal mice higher stamina. The researchers found that AICAR along with similar compound GW1516 were both successful substances interfering with muscle metabolism. For an in-depth read about this product see here: https://en.wikipedia.org/wiki/AICA_ribonucleotide

Although GW1516 does not make as much progress from scratch, it dramatically increased real training, up to 70 percent more power than untreated mice on the treadmill with GW1516-fed animals.

So far, however, the study results only relate to endurance performance and not directly to muscle growth. Whether the preparations have any anabolic muscle building effect is not known. Of course, the abuse of this drug is likely for athletes in view that the impressive effect is very high. This is especially true in the run-up to the Olympic Games next year. The researchers are therefore already working with WADA on a doping test, which will also prove the use of AICAR and GW1516 retrospectively.

Where to buy AICAR?

As of yet, the miracle exercise pill is still in clinical trials. But, there are research peptide companies that have AICAR capsules for sale. This peptide is also available in the injective form. These drugs are only sold for research purposes, but due to the muscle building characteristics, they are popular with bodybuilders.

Follow us
Category: Articles
Tags: aicar for horses, buy aicar, research peptides
Blog Search
Recent Posts
All products on this site are for In-Vitro Research, Development use only. Products are Not for Human consumption of any kind.