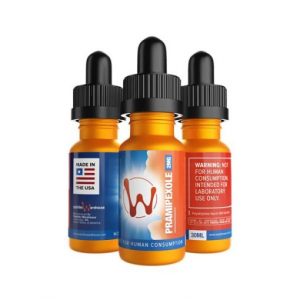 The active ingredient pramipexole uses are mainly to treat Parkinson’s disease. As a so-called “dopamine agonist”, it mimics the effect of the naturally occurring messenger substance dopamine. This Parkinson’s drug is recommended as the standard of care for patients under 70 years of age. Here you can read everything important about the effects and use of pramipexole, side effects, and interactions.

How Does Pramipexole Work?

Parkinson’s disease is associated with a disruption of movement and a lack of movement. It is essentially based on the death of certain regions of the brain that control these movements. The so-called “black substance” (“substantia nigra”) in the midbrain largely consists of nerve cells (neurons) that communicate with other nerve cells via the messenger substance dopamine. On the one hand, they form a control loop with themselves to control the release of the messenger substance. But, they are also connected to other parts of the brain (especially the striatum) in order to coordinate movements.

Pramipexole – A Treatment for Parkinson’s Disease

In the early stages of Parkinson’s disease, pramipexole mainly acts on the control circuit for self-regulation. By pretending that there is sufficient dopamine, it prevents the remaining nerve cells from overexerting themselves and producing dopamine until they are exhausted. In the late stages of Parkinson’s disease, a large part of the dopamine-releasing cells in the substantia nigra have already died. In this case, pramipexole acts directly on the striatum nerve cells as a replacement for the dopamine that was once released there.

What Happens with a Pramipexole Dosage

After ingestion, pramipexole is absorbed into the bloodstream via the intestine.  Here it reaches its highest levels between one and three hours. From there it reaches the brain via the blood-brain barrier. Pramipexole is not significantly broken down in the body. After eight to twelve hours, about half of the active ingredient is excreted unchanged in the urine via the kidneys.

When is Pramipexole used?

A Guide to How Pramipexol is used

The Parkinson drug Pramipexole is taken in the form of tablets. The start of therapy is insidious, which means: Starting with a low dosage, which is then slowly increased to the optimal dosage. It is taken in the morning, at noon and in the evening regardless of meals. The maximum total daily dose is 3.3 milligrams of pramipexole (calculated as salt form 4.5 milligrams). When combined with levodopa, lower doses are usually required. Delayed-release tablets (“prolonged-release tablets”) only need to be taken once a day. They slowly release the active ingredient throughout the day. To treat restless legs syndrome, a low dose is taken two to three hours before bed.

What are Pramipexole Side Effects?

Pramipexole therapy, like many other Parkinson’s therapies, also has side effects. Over ten percent of the patients experience nausea, dizziness, movement disorders and sleepiness.

Active substances against psychosis and schizophrenia should not be combined with pramipexole. The reason is they have an exactly opposite effect and worsen Parkinson’s disease.

Sleep attacks may occur during pramipexole therapy. Therefore, patients should not drive vehicles or operate heavy machinery during treatment.

How to get medication with Pramipexol

Medications with the active ingredient pramipexole dihydrochloride are prescription-only in every dosage. The pramipexole brand name is Mirapex. The fact that pramipexole uses finally result in a treatment for serious conditions like Parkinson’s disease is what research into drugs is all about. Peptides USA only stock the raw chemical for study and research and not for human consumption.

Follow us
Category: Articles
Tags: pramipexole and alcohol, pramipexole dihydrochloride, pramipexole high, pramipexole moa
Blog Search
Recent Posts
All products on this site are for In-Vitro Research, Development use only. Products are Not for Human consumption of any kind.