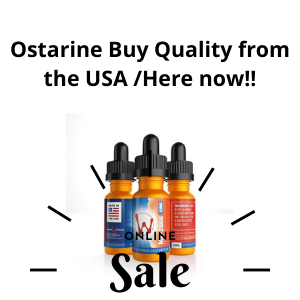 This introduction to Peptides will give you a concise intro to the world of peptides and their uses in medicine.

Peptides in cosmetic products have gained popularity in recent years. But are they really the ultimate silver bullet against skin aging and wrinkles, or overrated ingredients with no scientific basis?

In this article we want to explore what peptides are in general and whether they can be useful in cosmetics. Unfortunately, our assumption is solidified: peptides are initially more of a marketing ploy than substances with a proven effect.

What are peptides?
Peptides are smaller proteins (proteins). Its building blocks are multiple amino acids linked by peptide bonds, hence the name. Peptides have numerous functions in nature – some act as messengers in plants, others are hormones in the human body.

It therefore makes no sense to speak of the one peptide. They are a very large class of substances, so it makes no sense to use this term to advertise them. There are various peptides with theoretical properties. But can these unfold in our cosmetics?

Introduction to Peptide in cosmetics and Medicine

Peptides are now said to have strong anti-aging properties. This is partly because they could theoretically stimulate collagen production in the skin.

Collagen is itself a protein (a larger peptide) and helps keep skin looking healthy and firm. Other peptides have strong anti-inflammatory properties that are also good for the skin. Even if these facts sound nice, there are still no studies that prove the effectiveness in our skin.

In order to develop their properties, peptides would have to penetrate through the skin. However, there are numerous enzymes in the skin that are specialized in destroying foreign substances (including peptides). In fact, the skin allows very few substances through because it always wants to protect itself from possible dangers. This means that peptides are only able to penetrate the skin to trigger positive effects under very special conditions that have yet to be researched.

So it is still unclear whether peptides can work in our skin. It is medically probable that they will not even get to where they are supposed to work.

In this article we will show you ingredients that really help against wrinkles.

Introduction to Peptides in Cosmetics

Although cosmetic products with peptides have promising properties in purely theoretical terms, there is still a lack of scientific evidence of their effectiveness in living organisms. In addition, most products containing peptides are unnecessarily overpriced. Admittedly, a newly discovered peptide with an incomprehensible name sounds innovative and somehow interesting.

But if you look closely at the science, it becomes clear that vitamin C and retinol are substances with solid scientific evidence of their effectiveness. Vitamin C not only protects against free radicals that age skin, but actually stimulates collagen production . Vitamin A also stimulates skin renewal.

These are effects that peptides only promise, but so far nobody has seen. Further research remains to be seen.