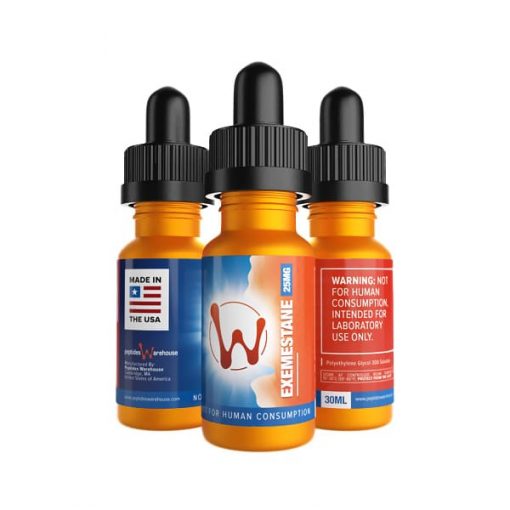 Estrogens (estrone, estradiol, and estriol) are female sex hormones. They are formed in the female body (in small quantities also in the male) from precursors, especially in the ovaries. The sex hormones are important for the development of sexual characteristics. Then afterward, together with other hormones (such as progesterone), keep the menstrual cycle going. During the menopause, the ovaries gradually stop producing estrogen. After that, the hormone is only produced in small amounts in other tissues (muscles, fat tissue, and mammary gland tissue). So the estrogen level drops to very low levels.

In some cases of breast cancer, the tumor is hormone-sensitive, meaning that its growth depends on estrogen. The low estrogen level after the menopause may be sufficient for this. To suppress this hormone-controlled tumor growth, aromatase inhibitors such as exemestane are used. They inhibit the enzyme aromatase in muscle and fat cells, which is involved in the conversion of estrogen precursors into active hormones. This drastically lowers the estrogen level, which can often prevent further tumor growth.