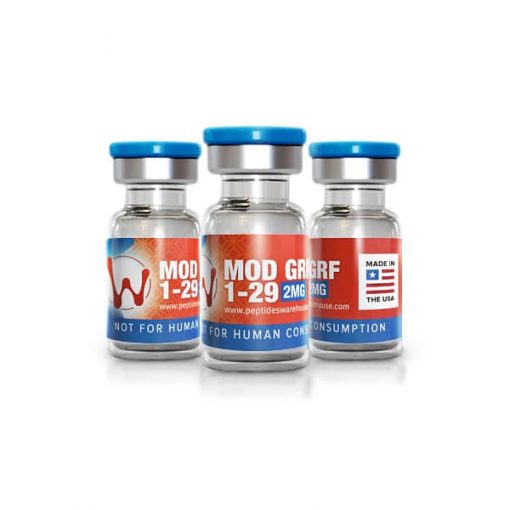 Mod GRF 1-29 dosage is the same as the peptide CJC-1295 NO DAC. In this blog, we explain briefly how they work.  CJC-1295 DAC and CJC-1295 are also known as modified GRF 1-29 are growth hormone-releasing hormone (GHRH). Their role in the human body is the same, but the difference between the two peptides is in the half-life. The modified GRF 1-29 and Sermorelin have a very short half-life of about 30 minutes. While the CJC-1295 DAC has a half-life of up to about 8 days. Various scientists report that Sermorelin and modified GRF 1-29 have a short half-life. This is research terms is considered more natural as it produces short impulses of human growth hormone.