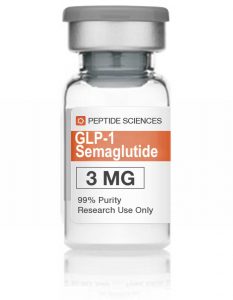 Obesity is one of the leading public health problems in the 21st century. It has a clear association with type 2 diabetes mellitus (DM2) and cardiovascular (CV) diseases, leading to a reduction in life expectancy. Despite its importance, there have been few therapeutic advances in the management of obesity in recent years.

What is it Semaglutide?

Semaglutide is a glucagon-like peptide-1 (GLP-1) analog approved for the treatment of DM2. In addition to having a powerful hypoglycemic effect, it can reduce CV events in patients with DM2 with high CVR.

Is Semaglutide Good for Weight Loss?

Semaglutide also has another series of beneficial effect, including weight loss. Weight loss with Semaglutide in the SUSTAIN research program in DM2 reached up to 7 kg in the studies with the most extended follow-up with the 1 mg/week dose. Still, phase II studies conducted on obese subjects showed greater potency in weight reduction with good clinical tolerance using higher doses.

The STEP 1 study was a multicenter, randomized, double-blind clinical trial conducted at 121 centers in 16 countries. It included 1961 subjects with obesity (body mass index [BMI] ≥ 30 or BMI ≥ 27) with some associated risk factors but without DM2.

Patients were randomized 2:1 to receive Semaglutide 2.4 mg/week or placebo and healthy diet and exercise recommendations in both groups. The study’s primary endpoints were the percent change in body weight at 68 weeks and the percentage of subjects who reduced their body weight by at least 5%. Novo Nordisk funded the study.

Who Should not take Semaglutide?

In an exploratory analysis Semaglutide treatment was safe, although gastrointestinal adverse events (nausea, vomiting, diarrhea) were more frequent with Semaglutide (74% vs. 48%). These adverse events were mild or moderate in intensity in most patients. There were 3 cases of acute pancreatitis with semaglutide (0.2%), mild intensity, and a higher incidence of cholelithiasis (1.8% vs. 0.6%).

What does Semaglutide do to your Body?

Obesity is a significant public health problem. Although the ideal treatment is prevention, few pharmacological treatments have demonstrated efficacy and safety once established. Semaglutide is a hypoglycemic drug with known efficacy for metabolic control and reducing CV events in patients with DM2. It is probably the most effective GLP-1 analog for weight loss. Its weekly administration also made it an exciting option for treating obesity, as seen in STEP 1.

Weight reduction was observed early at four weeks, reaching a nadir at 60 weeks of follow-up, and sustains over time. The results were very positive, showing a powerful effect on weight loss. The change in body weight at 68 weeks with semaglutide was −15.3 kg.

Another clinical trial, for example, is assessing the efficacy of this drug in the treatment of heart failure with preserved systolic function. GLP-1 analogs have additional positive effects on weight loss, both at a metabolic and cardiovascular level, improving the lipid profile, lowering blood pressure.

The dose used was higher than the dose approved for its indication in DM2. It is important to remember that the starting dose was 0.25 mg per week. There was a gradual increase (0.5-1-1.7 mg) every four weeks until the target dose was complete. Suppose the drug achieves the indication for the treatment of obesity. In that case, it is essential to maintain this titration scheme in clinical practice.

Although the drug was safe, 75% of patients had gastrointestinal symptoms, with nausea being the most common side effect even with this careful titration. However, we should note that only 7% led to drug discontinuation. The high cost of the drug may be a limitation for its widespread use in clinical practice with this indication.

Category: Articles
Tags: semaglutide injection, semaglutide nhs, semaglutide oral, semaglutide tablets
Blog Search
Recent Posts
All products on this site are for In-Vitro Research, Development use only. Products are Not for Human consumption of any kind.