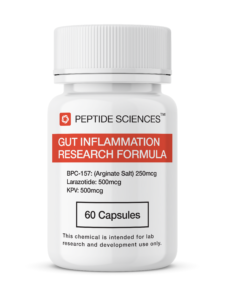 The research from the EU project MIRA is timely. Based on a global scale, the prevalence of inflammatory bowel disease (IBD) is highest in Europe (for reasons that are still unclear). But, according to a study published in The Lancet, most ulcerative colitis-associated with rectal bleeding cases are recorded in Norway (505 patients per 100 000 population), and Germany has the highest prevalence of Crohn’s disease (322 patients per 100 000 population).

The MIRA project, was funded by the Marie Skłodowska-Curie program. It investigated how specific T cells induce an immune response and become immunologically active. It reveals the reason why the immune system of some people cannot distinguish between harmless and pathogenic intestinal bacteria. Plus, why inflammatory processes are rising.

“We showed that normal flora (commensal) T cells are activated in lymph nodes that drain lymph from the inflamed gut. And the function of these cells can change as soon as they migrate into inflamed tissue,” explains researcher Chiara Sorini.

Her work was supervised by Eduardo Villablanca, Associate Professor and Wallenberg Academy Medical Fellow at the Karolinska Institute in Sweden, whose laboratory researches IBD.

The study also identified dendritic cells, which act as messengers between the innate and adaptive immune systems and are vital players in inducing a T-cell response. Also discovered that these responses can be reprogrammed (via an as yet unclear mechanism).

“The ability of commensal-specific T cells to adapt their function to changing environmental conditions is certainly one of the most exciting results of the project,” says Sorini.

And as soon as the causes and processes of this functional change are clarified more precisely, she is convinced that she could quickly find cures for intestinal inflammation.

In the MIRA study, modified T cells recognizing IBD-typical immunodominant microbial antigens were injected into mouse models. The researchers then used different experimental models of chemically induced inflammation to observe how these antigens behaved as they traveled through various tissues.

What Helps Inflammation of the Gut?

The activation of T cells and their migration into the intestine was investigated in lymph nodes that regulate the lymphatic drainage in the intestine. In addition, their function was determined at different times of the onset and resolution of the inflammation.

Based on these experiments, Sorini and Villablanca assume that T cells are primarily motivated by their specific environment to regard harmless bacteria as infectious pathogens.

“IBD is a very complex disease involving many genetic and environmental factors,” explains Villablanca. “In general, we can trace the first imprinting of commensal-specific T cells. Then subsequent inflammatory process in the intestine can be traced back to an already existing disruption in the barrier function of the mucous membrane in the intestine.”

The causes of such an imbalance in the mucosal barrier in the intestine still need to be examined. MIRA researchers believe their work has contributed to the fight against diseases. These affected 6.8 million people in 2017, as per the article. The global, regional, and national burden of inflammatory bowel disease in 195 countries and territories, 1990–2017. A systematic analysis for the Global Burden of Disease Study 2017 in The Lancet.