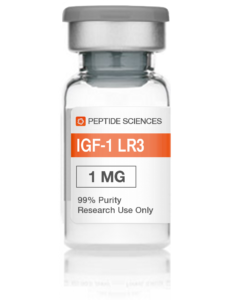 As the body ages, natural growth hormone decreases and the body doesn’t function as well as it did when it was younger. HGH peptides, also known as Growth Hormone Releasing Peptides are probably the most effective form of anti-aging support along with a healthy lifestyle. Poor nutrition and lack of exercise lead to an early decrease in your body’s human growth hormone (HGH) production. A lack of HGH slows down cell renewal in your body this means: you age prematurely, internally and externally, mentally and physically – at every level. HGH Peptides promote HGH secretion and converse with the body to form and release natural growth hormone. This process helps to relieve and treat various symptoms of growth hormone deficiency and imbalances. HGH peptides are a safer alternative to man-made HGH.

Peptide therapy is when peptides are used to target a certain reaction within the body. From anti-aging to weight loss there are numerous peptides that can be of assistance. Other peptides increase human growth hormone and increase muscle and strength! In general, peptides are still in the early stages of research but some are showing good results in treating many conditions and diseases such as cancer, infertility, and muscle wastage, osteoporosis, and weight loss. Peptides are typically administered via the skin using a subcutaneous injection. However, more popular peptides are now ingredients in creams, nasal sprays, and oral forms.

Whilst there is a selection of peptides on the market that encourage growth hormones such as Ipamorelin and Sermorelin here we take a look at IGF-1. The peptide IGF-1 can stimulate cell renewal and favorably prevent the consequences of degenerative aging by promoting an optimal HGH level. One of the best injectable peptides for anti-aging is IGF-1. Some of the typical consequences of aging:

As you can see the list of problems that are associated with aging vary from minor to major diseases. Therefore the benefit of these peptides to help treat them certainly is a positive step forward in the medical world.

How Does IGF-1 Work?

The science behind the IGF-1 is a highly effective peptide product developed by specialists. IGF-1 is responsible for cell renewal in the body. The body produces growth hormones in the adenohypophysis. These hormones enter your liver via the bloodstream, which it uses to produce IGF-1. The peptide IGF – 1 systematically stimulates the growth – and thus the renewal processes in the body. The HGH peptide IGF-1 has this effect on practically every cell in your body, in particular: Muscles, Cartilage, Bone, Liver, Kidneys, Skin, Lungs, and formation of blood cells (hematopoiesis). IGF-1 even regulates cellular DNA synthesis. Today’s science assumes that the IGF-1 level in the body of many living things is a decisive factor in the process of the biological aging process.

IGF-1 is not the only HGH peptide for sale to boost human growth hormone to treat age-related problems. Other HGH peptides available with similar properties include CJC-1295, GHRP-2, GHRP-6, Ipamorelin, and Sermorelin. Check out Peptides USA now for a huge selection of research HGH peptides for sale!

Follow us
Category: Articles
Tags: best injectable peptides for anti aging, best peptides to increase testosterone, hgh peptides and cancer, hgh peptides for sale
Blog Search
Recent Posts
All products on this site are for In-Vitro Research, Development use only. Products are Not for Human consumption of any kind.