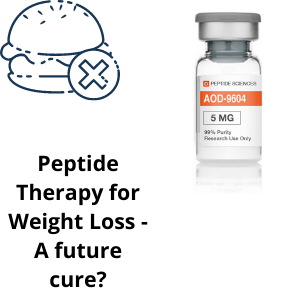 Recent years have seen a boom in a new generation of supplements called peptides. They have specific actions, vitamins, minerals, extracts of medicinal plants and are carefully selected to enhance the effect of the other. Many of the peptides on the market contain vital bioactive peptides of animal origin that selectively affect a specific organ or system. In addition, the peptide complex is enriched with a daily ratio of vitamins, minerals, phytonutrients involved in the regeneration process.

Peptides are the way to take care of your health, beauty, youth, and active longevity, and they activate your body’s resources. Plus, peptides offer practical solutions for health, improvement, rehabilitation, and prevention of premature aging and disease. They can extend life with technologies available to people.

It is known that the smallest building blocks of the proteins that make up our body are amino acids. The peptide is a short chain of amino acids – from two to less than 50. Over 50, the structure is already considered a protein. The peptide chain is not only short (compared to the protein) but also unbranched. There are many types of peptides, divided into classes according to their origin, action, etc.

The names of the peptides suggest how many amino acids they contain. For Example, 6 is hexapeptide, 7 is heptapeptide, 9 is nonapeptide, and 10 is decapeptide.

The shorter peptide chains are called oligopeptides, and those with more than 20 amino acids – polypeptides. Namely, the names of the substances related to the specific peptide chain – for Example, Copper Palmitoyl Heptapeptide-14 (14 gives additional information about the peptide structure). Of course, the peptides used in anti-wrinkle cosmetics also have their trade names.

How Do Peptides Work?

Peptides are potent and effective on the body. Unlike drugs of chemical origin, peptides restore the ordinary course of processes at the cellular level, which leads to the natural normalization of the functioning of organs and systems.

In general, these peptides are the new generation, managing to reduce body fat, build muscle and accelerate recovery from injuries.

In Australia, research with substances is carried out with five different compounds, including; GHRP-6, GHRP-2, CJC-1295 AOD-9604, and Hexarelin.  All five of these results elevate growth hormone levels in the blood.

Another injectable peptide used for performance-enhancing purposes in sport is the enigmatic TB-500. This was the big buzz at racetracks at the beginning of this decade, because it was a substance used in the veterinary world. It was said to be used in Thoroughbreds to enhance strength and improve their top speed. Now this substance, also known as Thymosin Beta-4, seems to be helpful in the recovery of muscle and tendon injuries.

The WADA (world anti-doping agency) can identify all these peptides because they are substances that would not naturally appear in human urine.

We are not encouraging this peptide for this use it is simply for information purposes only. At the present time, a lot of peptides are still being investigated before they can be used.

Peptides for recovery in the skin are protein fragments obtained by the breakdown of structural proteins under the influence of enzymes. Their action depends on the amino acids that make them up. Peptides have specific functions that interfere with intercellular communication and balance hormonal activity. In addition, peptides participate in the activation and deactivation of individual immune responses. Overall they accelerate the healing of injuries.